On June 8, 2021 Harvest for Hunger Co-Chairs Sean Richardson, Huntington and Bill Lacey, GE Lighting, a Savant company, thanked donors for their contributions to this year’s Harvest for Hunger community-wide food and funds drive at the recognition event. Kristin Warzocha, Food Bank President & CEO also spoke at the event to thank supporters. The campaign set a new record, collecting over $9.3 million and thousands of pounds of food to provide 37,271,671 million nutritious meals for local hunger relief organizations.

More than 220 companies, schools, nonprofits and governmental entities in Northeast Ohio participated by running food and fund drives this year, raising over $2.3 million.

In addition, Check Out Hunger, a cashier-led fundraising effort in grocery stores across the region during the six-week campaign raised over $1.7 million. Buehler’s, Dave’s Markets, Fisher Foods, Giant Eagle, GetGo, Heinen’s Grocery Store and Lucky’s Market collected donations from customers at their cash registers for the Harvest for Hunger campaign.

“The Greater Cleveland Food Bank served more than 414,000 clients last year. These clients are faced with making very difficult choices like paying for food or medicine, food or utilities and they are struggling to make ends meet, especially since the onset of the pandemic, which has only increased the need” said Kristin Warzocha. “That is why Harvest for Hunger is so important, where every dollar donated can help provide four nutritious meals. This community understands the need and has responded in a tremendous way – providing enough money and food for over 37 million meals!” 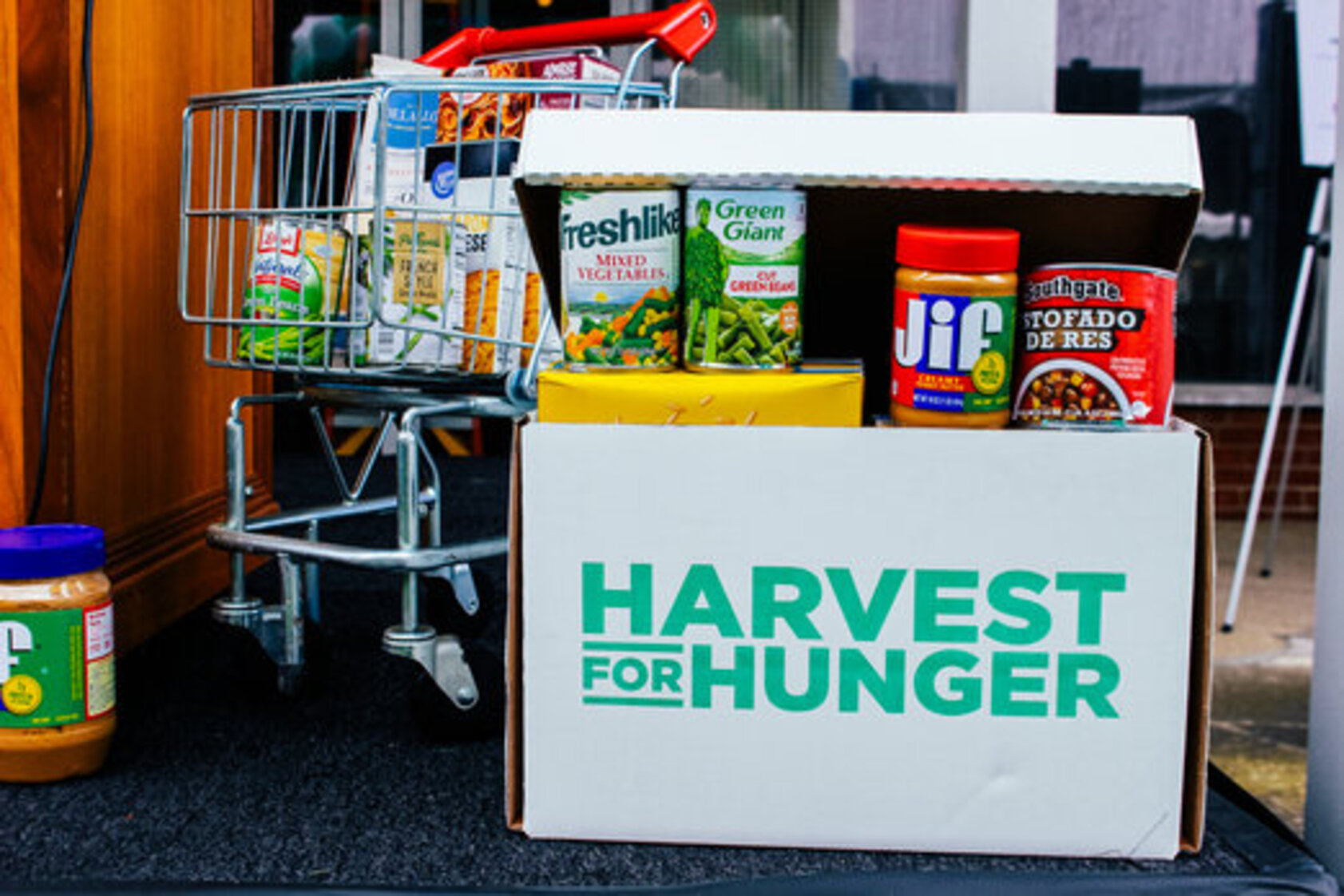 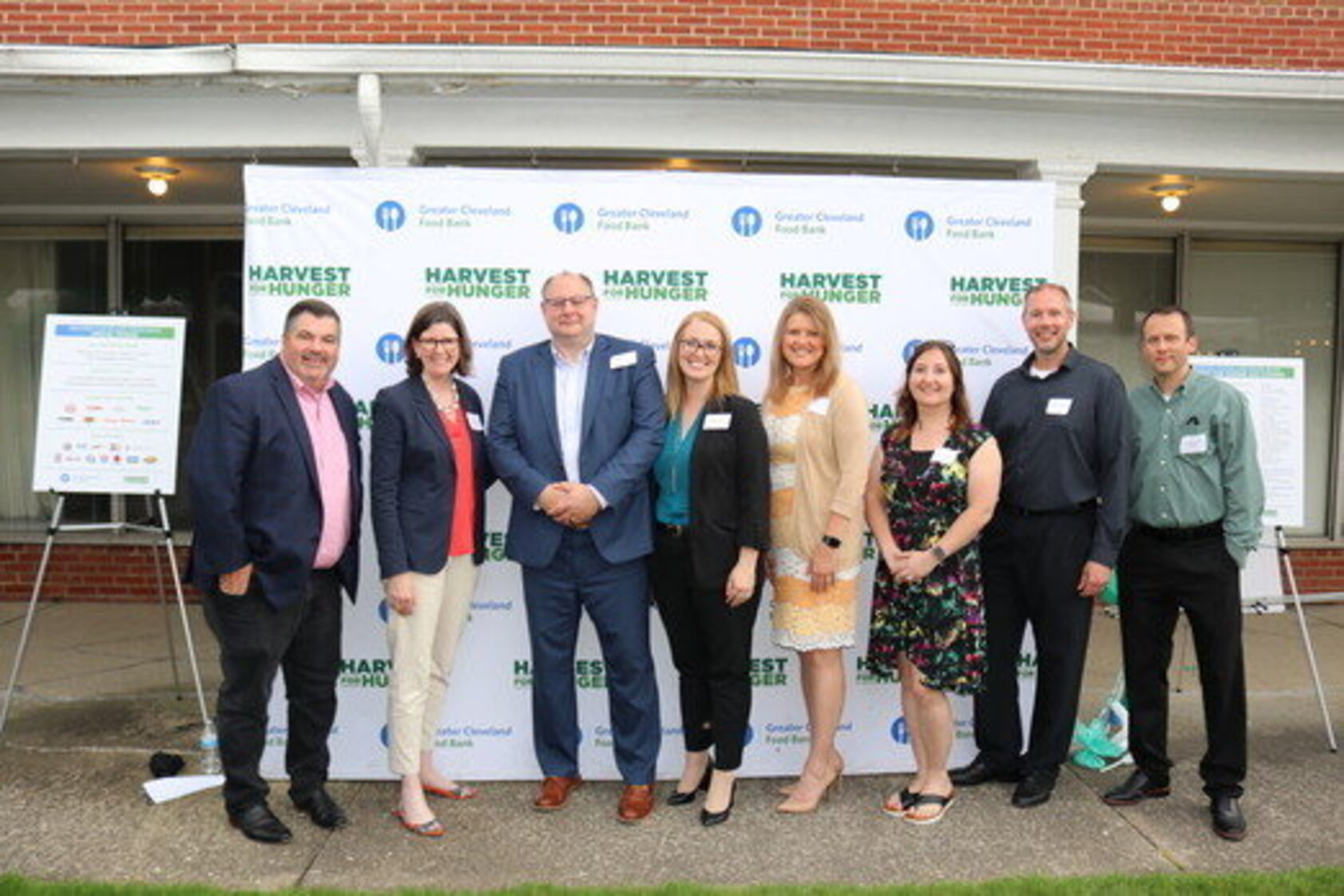 Thank you to the following:

Congratulations to the following award winners:

The Bag of Hope Award, which is given to organizations that have 200 or more employees, was presented to Oswald Companies whose employees raised $30,000 this year during their Harvest For Hunger campaign. Not only did they raise critical funds, but they also volunteered their time at one of our weekly Muni Lot distributions. Oswald Companies has supported the Harvest For Hunger campaign since 1999.

The Edmond V. Worley Award, named after the first executive director of the Greater Cleveland Food Bank, is given to organizations with less than 200 employees and was presented to Benesch. This year, through the participation of Benesch employees in their drive, they raised more than $40,000 to help fight hunger.  Benesch employees have been supporting our Harvest for Hunger campaign since 1997 for 24 years.

The Rory Borgio Award is presented to a remarkable school that is working to improve their community. This year’s award goes to Beachwood High School – Hope Blooms Ohio campaign. Hope Blooms Ohio was a creative marketing campaign developed to inspire hope and uplift our local and global communities through a pop art installation that featured five 20-30’ inflatable flowers. The flowers traveled across Northeast Ohio for eight weeks. Each flower represented the mission of Hope Blooms Ohio: Unity, Love, Health, Blossom, Inspire, and Joy. The students of Beachwood High School’s Junior Achievement class identified food insecurity as the most pressing cause for our region and they wanted to make a difference. Through the Hope Blooms Ohio campaign, they were able to raise awareness and meet their goal of raising $40,000 for the Greater Cleveland Food Bank.

The Student Leadership award is given to a remarkable young individual who is working to help improve their community. This year, a group of four students were recognized. The students are Anna Toman, Matt DeSciscio, Tyler Kinnear, and Alex Daprano from Saint Albert the Great. These four students organized and maintained the Harvest for Hunger Drive for three weeks in March amongst 33 classes and raised 5,872 pounds of food. They helped collect the goods and made sure they were placed in a designated area in the school and also helped load the truck when the Food Bank came to pick the boxes up.

Workplace Coordinator of the Year: Loretta Joyce, City of Cleveland